The element of grandeur and majesty finds a myriad of different avenues. The different locations on set allowed for a new perspective on where this stunning couple found their inspiration for one another, and shared insight into the memories that they have shared together. Yet where is grandeur without simplicity? Despite the breath-taking scope of the shoots, Chelsea and Franco displayed their affinity for the simpler aspects of life, as evidenced by their choice in wardrobe. Franco opted for crisp but simply cut suits. As noted by our Toronto photographer, his stance and poses hinted at a persona bearing equal measurements of confidence and distinction, but with a touch of an appreciation for the simpler matters of life. On the other hand, Chelsea’s wardrobe in this shoot revolved predominantly around pink and white dresses. This revealed a happy-go-lucky soul who is never hesitant to smile, a trait our photographer was quick to pick up on.

Whether it is a gaze into each other’s eyes, or a mutual smile about a shared joke, Chelsea and Franco proved time and time again through this shoot that although they were about to embark on a magnificent journey together, they were still looking back on the simple moments that brought back them together. It’s been a good day to be a Toronto wedding photographer indeed. 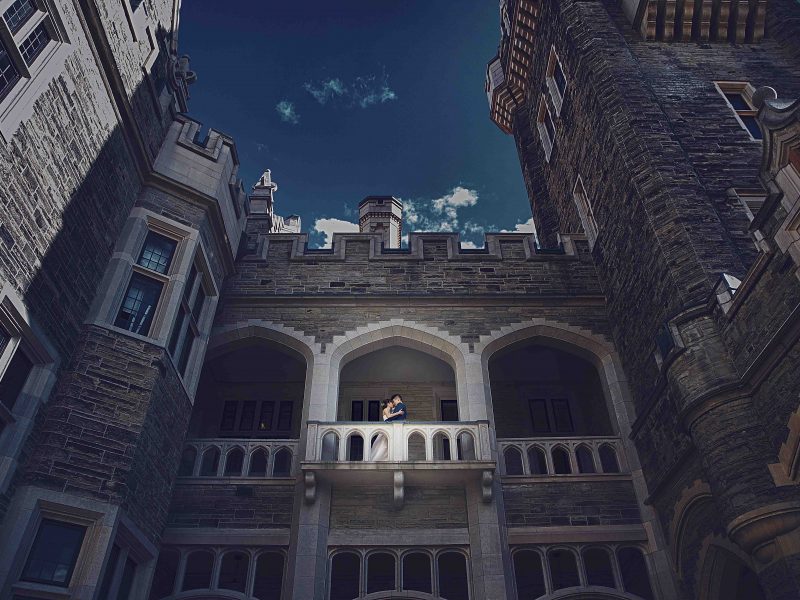